There are currently 39 agencies that have active DRE’s in the Maryland DRE Program.

There are currently 181 DRE’s in the Maryland DRE Program.

There are currently 48 DRE Instructors in the State of Maryland.

In order to be considered for the Maryland Drug Recognition Expert Program, you need to fill out an application.

The History of the DRE Program in Maryland

In August of 1986, First Sergeant T. William (Bill) Tower of the Maryland State Police was sent to California to be trained and certified as a DRE. Upon the completion of his training, First Sergeant Tower returned to Maryland as the first officer outside of the state of California to be certified as a DRE. Sergeant Tower had the responsibility of setting up the DRE program in Maryland.

After years of Legislative meetings and conferences, the 1990 General Assembly passed the state’s Drugged Driver Testing Statute which permitted police officers trained and certified as DREs to request blood samples from suspected drugged drivers. In December of 1990, Maryland’s first nine DREs were trained and certified. Since then Maryland has trained a significant number of DREs and DRE Instructors.

History and Development of the DRE Program

A DRE is a police officer who is trained to recognize impairment in drivers who are under the influence of drugs other than, or in addition to, alcohol. The International Association of Chiefs of Police (IACP) coordinates the National Drug Evaluation and Classification (DEC) Program; the National Highway Traffic Safety Administration (NHTSA) funds it.1

The Los Angeles Police Department (LAPD) originated the program. In the early 1970’s, LAPD officers noticed that many of the individuals they arrested for driving under the influence of alcohol registered very low or zero alcohol concentration readings.The officers reasonably suspected that the arrestees were under the influence of drugs, but lacked the knowledge and skills to support their suspicions. In response, two LAPD sergeants collaborated with various medical doctors, research psychologists and other medical professionals to develop a simple, standardized procedure for recognizing drug influence and impairment.Their efforts culminated in the development of a multi-step protocol and the first DRE program.The LAPD formally recognized the program in 1979.2

The LAPD’s DRE Program attracted NHTSA’s attention in the early 1980’s. NHTSA worked with the LAPD to develop a standardized protocol, which led to the development of the DEC Program. During the ensuing years, NHTSA, other agencies and research groups examined the DEC Program.These studies demonstrated that a properly trained DRE can successfully identify drug impairment and accurately determine the category of drugs causing such impairment.3 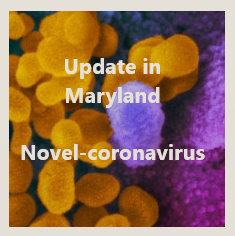